Tips for Being Consistent in Using Video

Today we're talking about video in your real estate business and I want to give you a couple of tips on how you can consistently use video in your business.

Now, a lot of times I would say that the easiest thing that you can do is to use your phone it is such a powerful tool now I'm sitting here in my office I have a videographer he's got the whole setup and this is amazing I'll also tell you that I've been working with a videographer for over four years so this isn't my first round. When I started doing video in my business I started with my cell phone and as my skills grew and as my budget grew so did the people that helped me.

So, now I actually have video editors I have a videographer they have the lighting they have all of that kind stuff so just getting started I would say make it very accessible to yourself because if you have to hire someone you'll be less likely to just get started so I would say get started by using your phone.

Now, if you want to put out something that's a little more polished and you don't want to be on phone then the next thing that I would do is I would actually schedule in advance so you know here I am today you can absolutely know that I'm treating this as an appointment just like I would a listing appointment or a buyer appointment so I didn't show up late and I absolutely showed up prepared with what I'm doing right I value my time I value his time and because I'm paying for this I'm more prepared so you will do you know when you schedule with a videographer you're actually going to show up prepared if you don't that's crazy you're just wasting money.

It can be as simple as a spreadsheet but you need to take all those titles and then decide where they're gonna go the last part as I would say don't compare yourself to someone's you know four years five years into doing a video with the day one you have to practice guys if you want to feel comfortable on camera shoot video every single day like I said to start on your phone you don't even have to send the video to anybody but practice shooting video with yourself and being on camera and I would also say just realize you're never going to be a hundred percent happy with the way that you look and sound on camera okay, like you have to let go of your ego because you know the little hole in your head I see i have a hole right here I'm not gonna have him zoom in but I have a hole in my head right here you guys probably never even noticed that right and if you did you definitely wouldn't say anything to me but  it's the first thing I see or oh my voice is so squeaky right it looks so fat or this that and the other okay it's just your face the way that you look on camera is how you look in person.

So, get over it don't overanalyze the way that you look and sound just know that the more you do video the more you'll get comfortable so I encourage you right now to start shooting some form of video every single day so that you can get more comfortable and then get it scheduled and be consistent. Good luck!

If you're looking to strengthen your skills as a real estate agent, make sure you're subscribed to our channel and follow us on Facebook and Instagram at @ResilentRealtor.

Watch these videos for more tips!

Talk to Anyone: Unlocking Personality Profiles with the DISC Assessment
Are you a timid person and need help talking to louder, more direct people? Or maybe it's the other way around and you need some guidance working with people who care more about the details than getting something done quickly? No matter which situation you're in, there IS a way to communicate and be understood by someone who doesn't share the same personality traits.

Learn How to Use Google My Business
Have you ever heard of this little thing called GOOGLE? Well, it's a lot more important for your business than you might realize. From your Google My Business page to Google Local Service Ads, this search engine platform will either make or break your validity as an agent online.

Failing to Plan is Planning to Fail - Business Planning Class for Realtors
New to real estate? Maybe you're not that fresh, but are a little lost (or a lot lost) and need a strict set of guidelines to follow. Don't let your business suffer. Join us for this awesome class and learn all you need to know to get your new real estate career up and running & set up for massive success.

Ideas for 5 Areas of Content Every Real Estate Agent Should Be Creating
Real estate agents are in the business of helping people buy and sell their homes. But how do you know what content to share with your clients? Watch this video for five areas of content every agent should be creating! 1) The Real You- Show people you and what it is like to do business with you. Hobbies, A day in the life of. Show them you and attract your tribe. 2) Knowledge Broker- Explain what is really going on in the market for buyers and sellers. 3) Hyper-Local- Show them what it is like to live in

Why Should Realtors make Instagram Reels?? - Agent Insights
Why should realtors use reels in their business is a common question I get asked. I am sure you have seen them on your Instagram account and now on Facebook. I love reels for several reasons. They are very accessible for realtors to use in their business and do not require any special equipment. Many realtors think that you need to dance when you do reels but I am here to let you know that you don't have to sing and dance to grow your business. Realtors can use reels to share content, information and t

Should I do Real Estate Part Time?
Many people who are looking to invest in real estate ask the question "should I do this as a hobby?" There are pros and cons to both, but in this video, we'll explore why it may be better for you not to think of real estate investing as a hobby. The top 25% of the agents control 73% of the market and the top 50% of the agents control 91% of the business. That means if you are not in the top 50% you are getting for 9% of the market share. The risks of running your business like a hobby? No true momentum

Creating a Marketing Calendar for Q1
When it comes to your marketing, don't just fly by the seat of your pants! Create a plan and stick to it. I can help you make a marketing plan that will kick your Quarter 1 into action.

Get Bougie with your Schedule in 2022! - Resilient Realtor Class
2022 is the year that you get Bougie with your schedule! This class will teach you how to time block like a boss and get more out of your day. You'll learn how to time blocks and will get tools like an accountability tracker. This class is full of easy-to-use strategies to help you stay on task and achieve your goals. With this class, you'll be able to take control of your time and finally crush your goals!

Masterminds 122721
Should I Join a Mastermind? Becoming a member of a mastermind can be one of the best investments you make in your real estate business. But how do you know if it's the right thing for you? Watch this video to find out! What is a mastermind? A mastermind group is made up of successful people who are willing to share their knowledge, ideas, and resources with others in order to help them achieve success. In this video, I'll tell you what your mindset should be before joining one so that you can decide if

Tips for Being Consistent in Using Video
Are you struggling to be consistent in using video? Maybe you're posting a video here and there, not really seeing much of a result. The key is being consistent! I know that life can get in the way of posting videos, but I have some tips for being consistent to share with you!

Real Estate Follow Up Tips
Real estate follow-up tips for realtors. It can be hard to Balance Lead Follow Up and Appointments as a Realtor. As a real estate agent, it's important to have a good follow-up system for leads. In this video, Merrill & Kristi Jencks talk about the importance of balance when it comes to lead follow-up and appointments. We also offer some tips on how to make sure you're getting the most out of your time! If you're looking to strengthen your real estate business, make sure you subscribe to this channel and

Should you do the 75 Hard?
Have you ever heard of the 75 hard challenge? It was created by Andy Frisella, and might looking like just a physical challenge, but the 75 hard is more of a mental toughness challenge! Here are the the outlines for the challenge: For 75 days straight you must... - Follow a diet. - Work out twice a day for at least 45 minutes. - Drink 4 liters (about a gallon) of water per day. - Read 10 pages of nonfiction a day. - No alcohol - Take progress photos every day. If you want to become a better business own

Make Big Money as a Real Estate Agent
Are you in real estate and want to make big money? One of the best things about real estate is that there is no ceiling to how much money you can earn. I'm going to talk about some ways that you can start making more money as a realtor in 2022. If you want to become even more successful in real estate, make sure you're subscribed to my channel and follow me on Facebook and Instagram at @ResilientRealtor.

Partner workout versus solo workout
When you workout, do you go solo or have a partner? In my experience, I show up more when I have a partner versus when I go on my own. What other areas in our lives should we have a partner in, so we are held accountable for our promises?

What to do when the home doesn't sell the 1st weekend!
Gone are the days when buyers had to give up their firstborn children in order to get a home! We've actually seen seller concessions coming back (!!!) and listings are staying on the market a bit longer than they have been in the past. But that doesn't mean we need to panic! Let's talk about new strategies we can implement to represent our sellers and get the home sold. 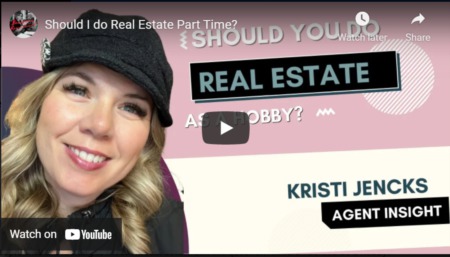 Should I do Real Estate Part Time? 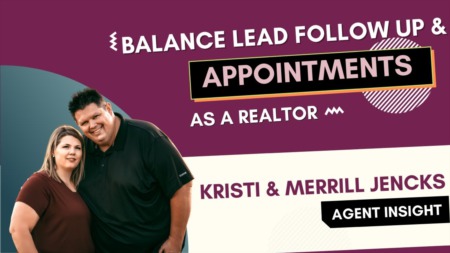 Real estate follow-up tips for realtors.  It can be hard to Balance Lead Follow Up and Appointments as a Realtor. As a ...